When You Find Yourself in a Bind: Criminal Defense Investigations 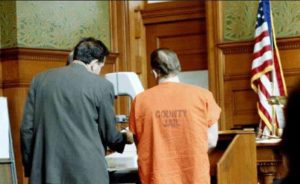 Criminal defense lawyers are often the subject of scorn – after all, they may need to represent clients who are ultimately found guilty of crimes — sometimes even terrible crimes. But it’s important to remember that in any criminal proceeding it’s the State asserting its authority over a single civilian. Our criminal justice system recognizes this, so while there are many built-in safeguards to prevent abuse of the State’s power, these safeguards are useless without someone to guarantee them. That’s the job of the criminal defense lawyer.

In other words: regardless of guilt or innocence, every citizen has the right to a fair trial and someone to defend them in court.

If you find yourself in a bind, your defense lawyer will make sure you understand your rights and will ensure they have not been violated. He or she may start by looking for any procedural errors; they may seek to have charges dismissed because of unreliable evidence or testimony.

It’s important to seek the help of a defense lawyer as early as possible. There are many actions a defense lawyer can take to protect you in the early stages that may not be possible as your case progresses.

If and when your case comes to trial, your criminal defense attorney is there to present evidence to rebut the prosecutor’s arguments and to challenge any questionable assertions to ensure that the State’s burden of proof is met.

BLI provides investigative services to many local criminal defense firms. In one recent case we were engaged by attorney Kevin McKinley to investigate jury members who convicted McKinley’s client in a 2013 court case in Conecuh County, Alabama. Our investigation revealed that one of the jurors was not a County resident during the time of the alleged crime or trial. This became the grounds and basis for an appeal which resulted in Mr. Windham being granted a new trial.

In another case, attorney Ken Raines engaged BLI to locate and investigate witnesses regarding charges brought against his client, an employee of Little Crusaders Day Care in Daphne. His client was accused of cruel and unusual punishment while in charge of the two-year-olds’ classroom, allegedly locking the children in the closet for extended “time-outs.” At the conclusion of our investigation, and after testimony had been offered, sufficient probable cause was not established and the charges were dropped.