Statistics indicate that well in excess of 40% of spouses/partners are unfaithful. Often a ‘gut feeling’ is the first indication of a cheating partner. Many people that become suspicious start looking for additional signs to determine whether their gut feelings around cheating spouse are substantiated. We can help. We have a team of private investigators who use the latest equipment to discreetly find out what you need to know. 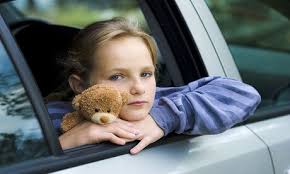 Divorce and separation can be very difficult, distressing and complicated situations. Often, however, the most important issue surrounding the breakup of a relationship is the well-being of any existing children. It can be even worse when you suspect your children are being placed into an environment which is less than desirable. The main objective in child custody cases is to reach an agreement that is best suited for the child and we can help you get the facts.

Read more about how a child custody investigation can help ensure that the children involved in your divorce or separation are kept safe.

Surveillance in Child Custody Cases | Baldwin Legal Investigations LLC If you suspect mistreatment or neglect more extensive surveillance may be required to establish patterns of abuse or neglect. You may believe that your own video evidence may be used as proof, but it can be difficult to have it accepted as admissible in court if certain privacy concerns are not taken into account.

BLI’s private investigators are all licensed former police or military and are well-versed in the legality of obtaining video evidence to support claims of drug and alcohol abuse, creating an unsafe environment for children, violating any court orders or attempting to hide marital assets.

Read more about how video surveillance is used in child custody investigations.

Do you wonder if your ex-spouse or business partner really has the assets they claim? Let BLI answer your questions. We can conduct collections/asset searches to get the truth you need. Results can include the following information:

Questions about our private investigator services? Give us a call today.