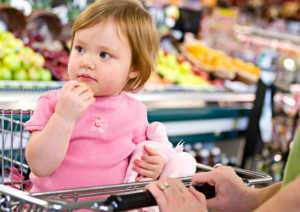 Divorce and separation can be difficult, distressing and complicated situations made worse when there are children involved. Break-ups are especially stressful if you suspect your children are being placed into an environment that is less than desirable. Baldwin Legal Investigations can help bring you peace of mind with respect to your divorce or child custody case.

The most important issue surrounding any separation is the well-being of your children, and the main objective of a child custody case is to reach an agreement that best suits the needs of the child. BLI’s private investigators are all licensed former police or military, and are well-versed in the legality of obtaining hard evidence to support claims of drug and alcohol abuse, creating an unsafe environment for children, violating any court orders or attempting to hide marital assets.

Surveillance in child custody cases is used to uncover evidence of:

Baldwin Legal Investigations provides effective surveillance to gather evidence of your child’s treatment and living conditions and to identify the people they come in contact with when they are not in your care. We can covertly monitor the activities of the parent or ex, his or her romantic interests, friends and wider social circles, the baby sitter, housekeeper or anybody that has access to your children while they are in your ex’s custody.

Any mistreatment or neglect can be documented or videotaped, and along with other evidence a private investigator may gather a determination can be made as to whether your child is being treated well. Although preliminary investigations can uncover any mistreatment, more extensive surveillance is sometimes required to establish patterns of abuse or neglect.

We conduct all our surveillance operations discreetly, in a private and noninvasive manner, by employing covert surveillance techniques (including, but not limited to, fixed hidden surveillance cameras and GPS tracking devices) to the extent allowed by law. It’s important to consider the legality of surveillance operations. You may believe that your own video evidence — such as a recording of your ex’s violent behavior towards you or your child — may be hard proof of abuse, but it can be difficult to have it accepted as admissible evidence if certain privacy concerns are not taken into account.

Contact Baldwin Legal Investigations to ensure your children are being treated appropriately when not in your care.

Questions about our private investigator services? Give us a call today.